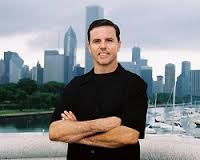 Born in the shadow of the steel mills on the South Side of Chicago, “Mickey Mixin’ Oliver” was destined to help bring the underground sound of house music to the masses. As a founding member of the ground breaking Chicago radio mix show team on 102.7 WBMX, collectively known as the Hot Mix 5, Mickey drew global attention to house music with his incredible DJ mixes.

The Hot Mix 5. When this group formed in 1981 on radio station WBMX (FM), Oliver was quickly selected as President. The Hot Mix 5 went on to become one of the leading forces in the early Chicago house music scene and the 1st to air the new sound to the world.

One of his first releases, “In-Ten-Si-T” (1988), which was co-written and produced by Jim “Cheese” Romano, is considered one of the Top 10 most influential House Music Records of All-Time. In 1987, he produced “Never Let Go”, which became a big hit as well. Much of Oliver’s works continue to be remixed and re-released several times and through many producer/artists all over the world.

Mickey then began his very first syndicated radio mix show on the Star Stream Radio Network, which was ultimately followed by the Satellite Music Network, a division of ABC where Mickey became syndicated on over 100 stations from coast to coast. Next, Mickey appeared with his branded mix show on SIRIUS Satellite Radio. He has been Spreading house music to appreciative fans around the world performing at places like the Mecca of dance music itself, the Balearic Island of Ibiza!

Mickey has recently Produced, Directed and Starred in a 10 Episode Television Series called Intensi-T TV. This TV show has aired on DirecTV, Channel 354 the Resort & Residence Channel and on Dish Network’s Colours TV, as well as many Fox and ABC affiliates.

Mickey recently produced a theatrical Live Stage show on the Las Vegas Strip inside the Planet Hollywood complex. This theatrical show combines Mickey’s original Billboard charting songs, plus very clever remakes, along with Mickey’s Masterful turntable techniques and keyboards all performed live. This is the first theatrical live stage presentation of a DJ House Music show. Mickey Oliver has always taken his rightful place at the forefront of dance music.

In 2011, Oliver charted on Billboard Magazine’s Dance Music Club Play chart with his single release “As Days Go By” featuring Baton Rouge (LA) singer Kim Smith on the Intensi-T label. The song debuted at #46 on the chart on January 22, 2011 and rose to peak at #16. That chart success seemed to remind the dance music industry of Oliver’s abilities as it opened the door to more remixing opportunities. Olived remixed the single Zoon Baloomba which topped out on the Billboard chart at #21 on November 18, 2012.

Mickey in 2012 was nominated as a Grammy semi finalist for the best Electronic Dance Music Production. Today he is singing his first ever solo “Losing My Religion” which is getting Radio and club play worldwide. Mickey’s Intensi-T TV is now appearing on many of America’s Airports TVs and annually being viewed by over 600 Billion airport travelers across America.