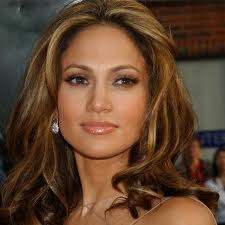 Born: July 24, 1969 Jennifer Lopez’s first serious screen role in Gregory_Nava’s 1995 Latino melodrama My_Family followed years of training in television movies and series. Like Rosie_Perez, Lopez began her career as a Fly Girl — a dancer on the sketch comedy series, In Living Color — and appeared in music videos by Puff_Daddy and Janet_Jackson. Her big break came in 1997 when she appeared in the title role of Nava’s Selena, the story of the successful Tejano singer who was tragically murdered in 1995. Lopez was at first cast as a femme fatale — due in no small part to her classic Latina beauty (she was born in the Bronx to parents of Puerto Rican descent) — and worked almost exclusively with acclaimed directors: Francis_Ford_Coppola (Jack, 1996), Oliver_Stone (U-Turn, 1997), and Bob_Rafelson (Blood and Wine, 1996). In 1998, she had one of her most acclaimed roles, starring opposite George_Clooney in Out of Sight, Steven_Soderbergh’s adaptation the Elmore_Leonard novel. Cast as a deputy federal marshal who falls for a charming criminal (Clooney), Lopez won raves for her tough, sexy performance, and in the process, she became the highest paid Latina actress in Hollywood history. That same year, she earned an introduction to a new generation of fans by lending her voice to the popular Antz (1998). The lavish but much more adult-oriented thriller The_Cell (2000) followed shortly thereafter, bringing Lopez one of her first number-one openings. In an attempt to curry favor from the rom-com crowd, Lopez lightened things up a bit opposite Matthew McConaughey in 2001’s romantic comedy The_Wedding_Planner. Though Lopez was consistently smooth in her frequent transitions from actress to songstress, her next role in the supernatural romance Angel_Eyes (2001) failed to click with audiences and critics alike, and her role in the cathartic revenge thriller Enough (2002) likewise disappeared from theaters shortly after its release. Though Maid in Manhattan (2002) was ultimately relegated to a similar fate as her last few films, few could anticipate the outright hostility with which her 2003 comedy Gigli would be greeted. In the movie, Lopez was cast as a female gangster assigned to keep an eye on a kidnapper (played by then-real-life-boyfriend Ben_Affleck) who is holding a psychologically challenged young boy hostage. The harsh public backlash against the film was likely due (at least in part) to over-saturated media coverage of the duo’s tumultuous off-screen relationship. Though the film’s failure wasn’t exactly what one would call a career-ender for either star, their shoddy onscreen dynamic reportedly led director Kevin_Smith to excise most of Lopez’ role in the Affleck-starrer Jersey_Girl. Finally, in 2005, it appeared the actress’ string of bad box-office luck had possibly reached its end. Teaming up with Jane Fonda for the latter thespian’s first feature in over a decade, Lopez scored a modest hit with the comedy Monster In-Law. The Lasse Hallstrom-helmed drama An Unfinished Life followed later the same year with Lopez opposite heavy-hitters Robert Redford and Morgan Freeman. Lopez married singer Marc Anthony in 2006, and gave birth to twins in 2007. She subsuquently worked less over the next few years, opting to spend time with her family. Lopez would get back into acting with the 2010 romantic comedy The Back-up Plan, but sadly, she and Anthony would separate in 2011. In 2006, Lopez tried her hand at producing with Bordertown, a thriller she also starred in opposite Antonio Banderas. In addition to her screen work, Lopez has also enjoyed a successful singing career on the dance-pop circuit.